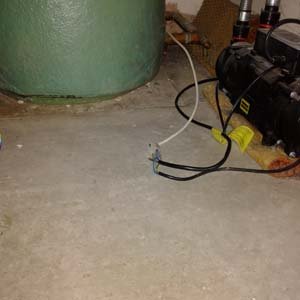 Do you need an Electrician Bromley? While I was on another electrical job in Bromley last week I spotted this danger. An exposed live conductor was lurking behind the hot water cylinder. As shown below in the picture, which was in the bathroom. The house was built around 2000 and strictly speaking is more in Chislehurst than Bromley. However, it was within the London borough of Bromley. I suspect the original electrician installed everything correctly originally but since then it has been altered. A plumber or another tradesman has come along and spurred off the cable with a connector block.

What’s more the exposed connector block was left lying on the floor. If the cylinder or pumps in this cupboard ever leaked and someone stepped into the puddle, the consequences could be fatal. The house had a 3 phase consumer unit due to its large size and had no RCD protection. I suspect there was no supplementary bonding either.

ANOTHER ELECTRICAL JOB IN BROMLEY 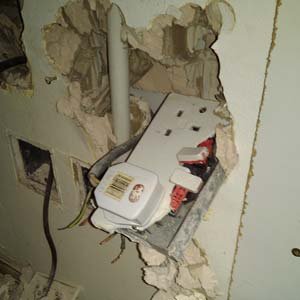 SEND US A MESSAGE

Any cookies that may not be particularly necessary for the website to function and is used specifically to collect user personal data via analytics, ads, other embedded contents are termed as non-necessary cookies. It is mandatory to procure user consent prior to running these cookies on your website.